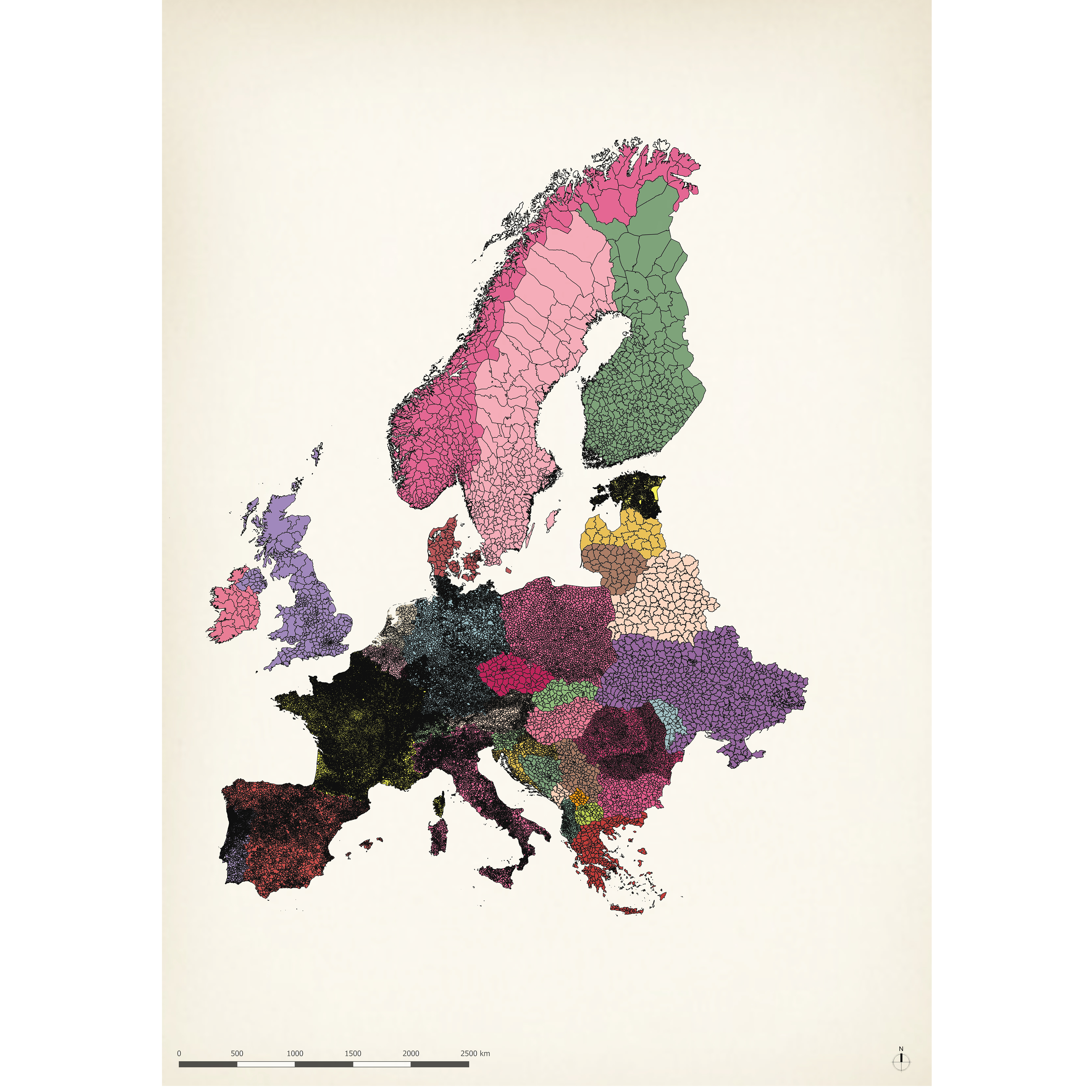 According to EU’s environmental targets for 2030, greenhouse gas emissions should be reduced by 40% (compared to 1990) and 32% of the total energy consumption should derive from renewable energy sources. A process such as this to completely reorient the energy infrastructures and a significant proportion of the land use within a territory of this size clearly is not achieved overnight. This ongoing research illustrates the high complexity of this goal and helps governance institutions, policymakers, politicians, companies and citizens to gain a clear understanding of the extreme network of administrative entities, jurisdictions and authorities in the roll-out of a project of this scale.

Part I: The European Perspective

Comparing the maps of Europe on geophysical, political and administrative level (municipalities), it becomes evident that differences in organisation and governance among countries might become obstacles in mitigating the unavoidable climate crisis.

The extreme fragmentation of the Netherlands on the administrative level (municipalities) reflects the European levels of fragmentation and poses similar threats to taking integrated measures towards climate change and environmental issues.

Further results of the research will become public by the end of 2020.